Well, it’s time once again for the annual slide show of presentations from the Moscow Conference on International Security. This was my fifth time attending. I’ll write up some overall impressions later in the week. Sadly, Valery Gerasimov was absent this year, supposedly because he was accompanying Vladimir Putin during his state visit to Turkey.  His spot on the program was filled by Colonel General Sergei Rudskoi, the chief of the Main Operational Directorate of the Russian General Staff, speaking about Russia’s operation in Syria. His speech is, as usual available on YouTube in both English and Russian versions. MCIS has also posted a Russian transcript. The slides are below, though some can also be viewed (including animations) in the linked videos.

(All in all, if ability to make use of advanced features of PowerPoint is a proxy for Russian military modernization, the West should be concerned, because the Russian General Staff has made giant strides in this regard in the last five years. I would estimate the gap between the best Russian and American powerpoint rangers at no more than 10 years now.) 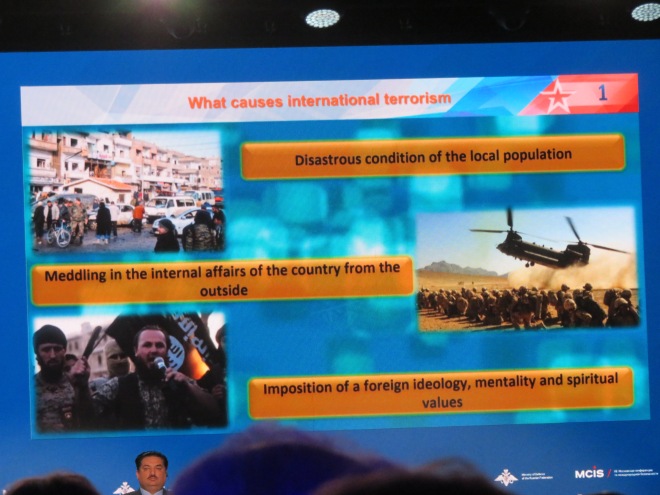 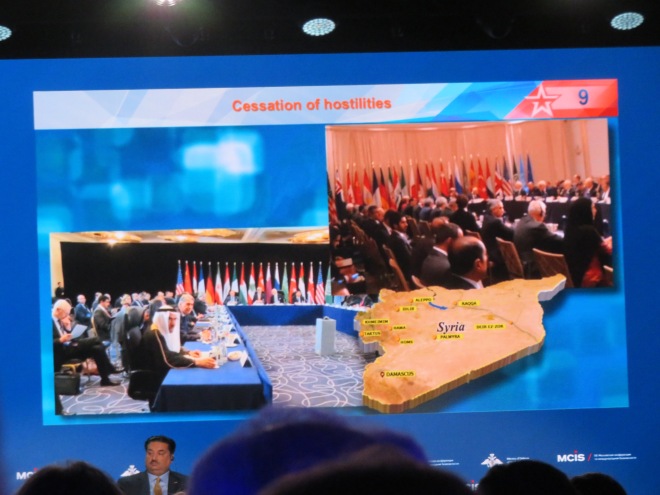 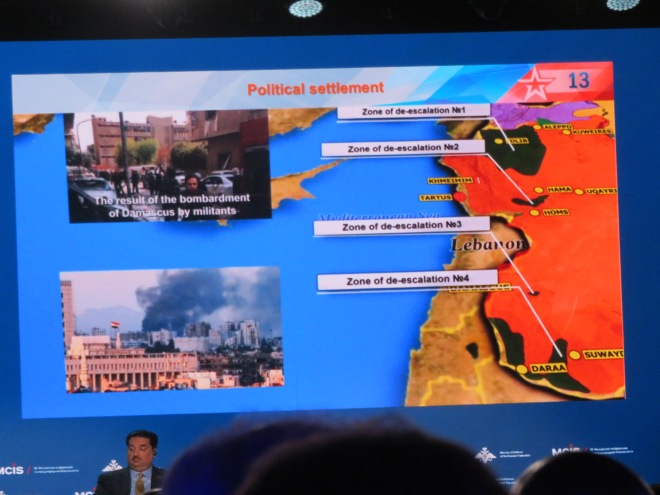 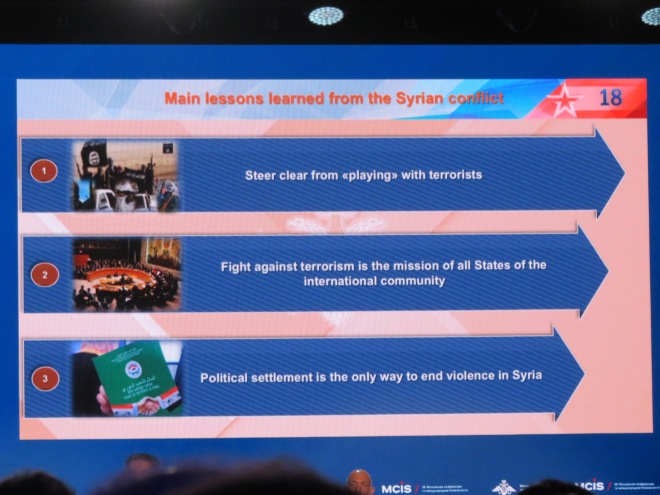